Whether you need to monitor hosts or the networks connecting them to identify the latest threats, there are some great open source intrusion detection (IDS) tools available to you.

With a signature-based IDS, aka knowledge-based IDS, there are rules or patterns of known malicious traffic being searched for. Once a match to a signature is found, an alert is sent to your administrator. These alerts can discover issues such as known malware, network scanning activity, and attacks against servers.

With an anomaly-based IDS, aka behavior-based IDS, the activity that generated the traffic is far more important than the payload being delivered. An anomaly-based IDS tool relies on baselines rather than signatures. It will search for unusual activity that deviates from statistical averages of previous activities or previously seen activity. For example, if a user always logs into the network from California and accesses engineering files, if the same user logs in from Beijing and looks at HR files this is a red flag.

Both signature-based and anomaly-based detection techniques are typically deployed in the same manner, though one could make the case you could (and people have) create an anomaly-based IDS on externally-collected netflow data or similar traffic information.

Network-based intrusion detection systems (NIDS) operate by inspecting all traffic on a network segment in order to detect malicious activity. With NIDS, a copy of traffic crossing the network is delivered to the NIDS device by mirroring the traffic crossing switches and/or routers.

A NIDS device monitors and alerts on traffic patterns or signatures. When malicious events are flagged by the NIDS device, vital information is logged. This data needs to be monitored in order to know an event happened. By combining this information with events collected from other systems and devices, you can see a complete picture of your network’s security posture. Note that none of the tools here correlate logs by themselves. This is generally the function of a Security Information and Event Manager (SIEM).

Ah, the venerable piggy that loves packets. Many people will remember 1998 as the year Windows 98 came out, but it was also the year that Martin Roesch first released Snort. Although Snort wasn't a true IDS at the time, that was its destiny. Since then it has become the de-facto standard for IDS, thanks to community contributions.

It's important to note that Snort has no real GUI or easy-to-use administrative console, although lots of other open source tools have been created to help out, such as BASE and Sguil. These tools provide a web front end to query and analyze alerts coming from Snort IDS. 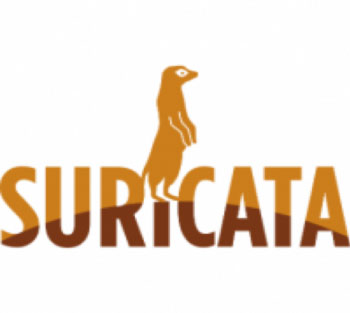 What's the only reason for not running Snort? If you're using Suricata instead. Although Suricata's architecture is different than Snort, it behaves the same way as Snort and can use the same signatures. What's great about Suricata is what else it's capable of over Snort. It does so much more, it probably deserves a dedicated post of its own.

There are third-party open source tools available for a web front end to query and analyze alerts coming from Suricata IDS.

Bro, which was renamed Zeek in late 2018 and is sometimes referred to as Bro-IDS or now Zeek-IDS, is a bit different than Snort and Suricata. In a way, Bro is both a signature and anomaly-based IDS. Its analysis engine will convert traffic captured into a series of events. An event could be a user login to FTP, a connection to a website or practically anything. The power of the system is what comes after the event engine and that's the Policy Script Interpreter. This policy engine has its own language (Bro-Script) and it can do some very powerful and versatile tasks.

If you're an analyst and you've wondered "How can I automate some of my work?" then this is the tool you've been looking for. Want to download files seen on the wire, submit them for malware analysis, notify you if a problem is found then blacklist the source and shutdown the user's computer who downloaded it? Want to track the usage patterns of a user after they've contacted an IP from a reputation database?

If you're not an analyst then this tool will have a challenging learning curve. Since it was developed as a research tool, it didn't initially focus on things like GUIs, usability, and ease of installation. While it does numerous cool things out of the box many of those things aren't immediately actionable and may be difficult to interpret.

There’s no native GUI but there are third-party open source tools available for a web front end to query and analyze alerts coming from Bro-IDS. Consider ELK stack.

Host-based intrusion detection systems (HIDS) work by monitoring activity occurring internally on an endpoint host. HIDS applications (e.g. antivirus software, spyware-detection software, firewalls) are typically installed on all internet-connected computers within a network, or on a subset of important systems, such as servers. This includes those in public cloud environments.

HIDS search for unusual or nefarious activities by examining logs created by the operating system, looking for changes made to key system files, tracking installed software, and sometimes examining the network connections a host makes.

The first HIDS systems were basic, usually just creating MD5 hashes of files on a recurring basis and looking for discrepancies, utilizing a process dubbed file integrity monitoring (FIM). Since then, HIDS have grown far more complex and perform a variety of useful security functions and will continue to grow. This includes modern Endpoint Response (EDR) capabilities.

If your organization has a compliance mandate, such as for PCI DSS, HIPAA, or ISO 27001, then you may require HIDS to demonstrate file integrity monitoring (FIM) as well as active threat monitoring.

In the realm of full-featured open source HIDS tools, there is OSSEC and not much else. The great news is OSSEC is very good at what it does and is rather extensible.

OSSEC runs on almost any major operating system and includes client/server based management and logging architecture, which is very important in a HIDS system. Since local HIDS can be compromised at the same time the OS is, it is very important security and forensic information leave the host and be stored elsewhere asap to avoid any kind of tampering or obfuscation that would prevent detection.

OSSEC's client/server architecture incorporates this strategy by delivering alerts and logs to a centralized server where analysis and notification can occur even if the host system is taken offline or compromised. Another advantage of client/server architecture is the ability to centrally manage agents from a single server. Since deployments can range from one to thousands of installations, the ability to make global changes from a central server is critical for an administrator's sanity.

When discussing OSSEC (and other HIDS) there is often anxiety over installing an agent or software on critical servers. It should be noted that the installation of OSSEC is extremely light (the installer is under 1MB) and the majority of analysis actually occurs on the server which means very little CPU is consumed by OSSEC on the host. OSSEC also has the ability to send OS logs to the server for analysis and storage, which is particularly helpful on Windows machines that have no native and cross-platform logging mechanisms.

Samhain is probably the only HIDS open-source that gives OSSEC a run for its money. But it’s very much the case of “same but different” when comparing the two. Samhain has the same client/server architecture but doesn’t require it as OSSEC does. The agent itself has a variety of output methods, one being a central log repository but includes others like Syslog, Email, and RDBMS. There is even an option to use Samhain as a standalone application on a single host.

Another important difference is where analysis occurs. Unlike OSSEC, the processing occurs on the client itself, which has operational implications. From a practical point of view, care must be taken it doesn’t overload a busy server and interfere with operations.  From the security point of view, having the brains on the endpoint invites hackers to deactivate the tool so warnings aren’t issued.

Many file integrity monitoring (FIM) tools get categorized with HIDS since FIM involves threat detection, so let’s talk about them. FIM is tool that validates operating system and specified application file integrity by comparing current versions with known valid versions, alerting your administrator whenever they are modified. This is important because changes on critical servers often signal a breach has occurred. If you are still wondering “what is file integrity monitoring and why do I need it?”, we have an entire blog post explaining why.

Some FIM are actively developed while others haven't been updated in years. Open Source Tripwire and AFICK are two open-source FIM products options. For standalone Unix-based systems, consider checking out rootkit-finding file integrity checkers, such as chkrootkit, rkhunter, or Unhide. The unique rootkit-finding mechanism makes these solutions worth considering. Proprietary solutions are also available for Windows.