At AWS re:Invent recently, I spoke to several booth visitors who asked, “What’s new with AlienVault?” It was exciting to talk through some of the improvements we’ve made over the last year and see their eyes widen as the list went on. As our customers know, we regularly introduce new features to USM Anywhere and USM Central to help teams detect and respond to the latest threats. You can keep up with our regular product releases by reading the release notes in the AlienVault Product Forum.

Let’s take a look at the highlights from our October and November releases:

In July, we announced the addition of endpoint detection and response (EDR) capabilities to USM Anywhere, enabled by the AlienVault Agent. The AlienVault Agent is an osquery-based endpoint agent that provides system-level security, including file integrity monitoring and host intrusion detection (HIDS). Over the last few months, we’ve listened carefully to customer input to guide our continued improvement of the AlienVault Agent, leading us to improve filtering rules for better control over data consumption and make a number of additional enhancements.

In November, we addressed a top customer request with the addition of Mac OS support for the AlienVault Agent. Now, USM Anywhere customers can use the AlienVault Agent for continuous threat detection and file integrity monitoring (FIM) on their Linux, Windows, and Mac hosts. 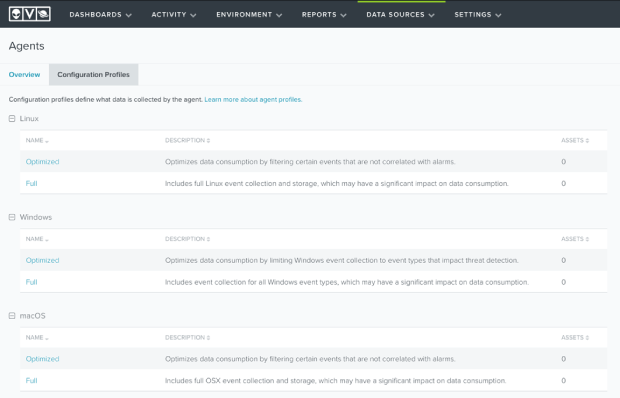 USM Anywhere accelerates incident response with the ability to orchestrate response actions directly from an alarm. With just a few clicks, you can take an immediate, one-time action or create a rule to make sure that action happens automatically going forward. (Check out examples of automated incident response in action in this blog post.)

To enhance your ability to respond swiftly and efficiently to potential threats, we’ve added a new response action to trigger AlienVault Agent queries. Like our other response actions, you can find this option directly from the detail view of an alarm or as part of an orchestration rule. 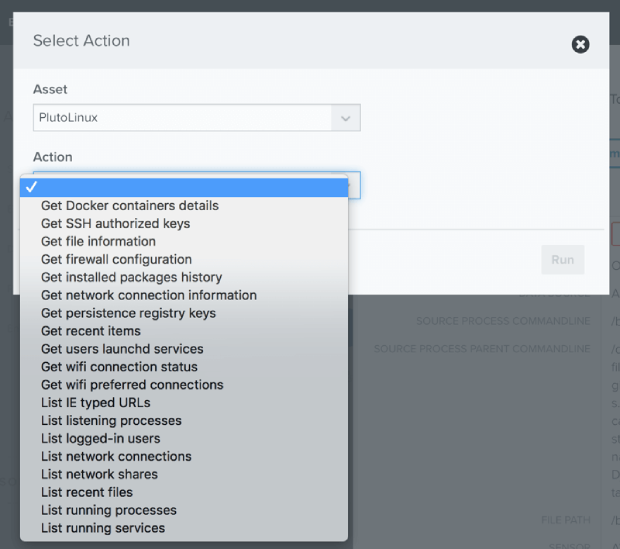 In addition to the response action listed above, you can now trigger AlienVault Agent queries from the Agents page by clicking the “Run Agent Query” button. You can run queries against a single asset or all assets that have the AlienVault Agent installed.

Asset Groups help USM Anywhere users group similar assets for specific purposes. For example, you might want to assign assets to the PCI DSS  asset group to keep track of the assets in scope of your CDE.

As part of the Threat Intelligence Subscription built into USM Anywhere, the AlienVault Labs Security Research Team delivers continuous threat intelligence updates to the platform to ensure you're always ready to detect emerging threats. Security experts on the AlienVault Labs Team perform extensive research into the global threat landscape and update your deployment with new correlation rules and endpoint queries, enabling you to detect and respond to the latest signatures, higher-level attack tools, tactics, and procedures.

Recently, the AlienVault Labs Team has also produced the following blog posts based on their research:

About the Author: Julia Kisielius, AlienVault

Julia joined AlienVault as a Product Marketing Manager in February 2017. Previously, she was a product manager at Giving Docs, an early-stage startup that makes fundraising software for nonprofits. Before that, she worked on data products and processes to help Tufts University fundraisers raise more than $80M per year. Julia started her career at an asset management firm with $200M under management, where she researched, edited, fact-checked, and promoted financial literacy resources such as books and columns. She graduated from the University of Connecticut with a B.A. in English.