Below we’ve outlined the delivery phase of some recent attacks by KeyBoy, a group of attackers believed to operate out of China. They were first identified in 2013 targeting governments and NGOs in South East Asia. Their primary targeting continues to this day, though they have also been known to target more diverse victims such as the energy sector.

KeyBoy sent the following email to India's Ambassador to Ethiopia from an email address at nic[.]in, India's National Informatics Centre. 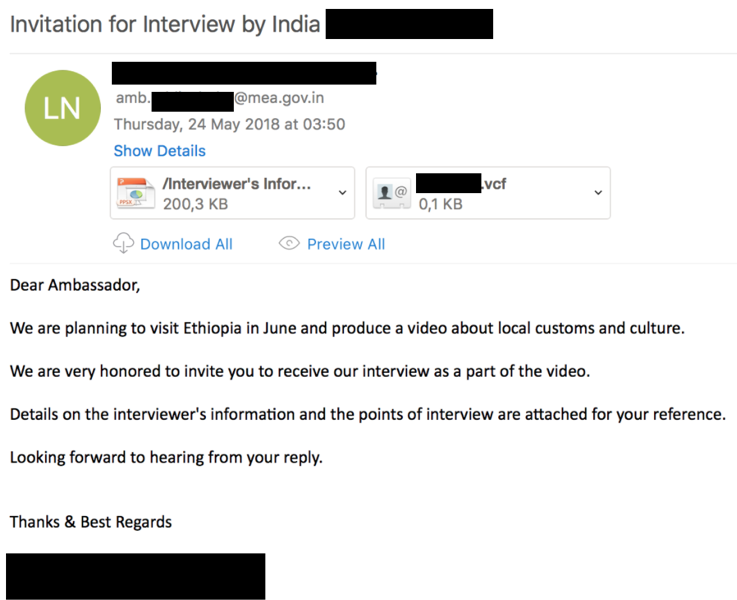 The attached malicious document downloads and executes a script that installs the final payload:

This script contains text (eg; “ ) which matches a pre-packed version of the popular CVE-2017-0199 exploit available on GitHub.

We’ve seen other malicious documents where KeyBoy have tested another exploit generator. In that case KeyBoy didn’t change the default settings so the document meta-data provides some obvious hints that the document is malicious:

The next stage in these attacks is typically a malware family known as TSSL. This malware originally identified by PwC and more recently described by Trend Micro and CitizenLab.

Most samples are built on the attackers machine from the location:

Though the build path of a recent sample seems to indicate the attackers are having problems bypassing Symantec antivirus, and is built from:

We’ve also noted continued infections of the Titan Android malware associated with Keyboy, originally identified by LookOut. The source of the files that we have managed to identify is old - and seems to date back to a user named Textplus0012 posting malicious APK files on a Taiwanese site (apk.tw) for downloading Android applications: 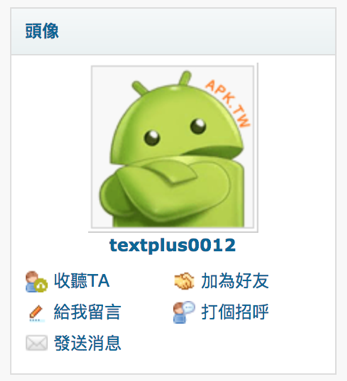 The user textplus0012 on apk.tw

This user stopped posting the malicious files in 2015. It is unclear where samples of Titan were delivered from after this.

The AlienVault Agent is a lightweight, adaptable endpoint agent based on osquery and maintained by AlienVault.

The AlienVault Agent detects the following malicious activity during the attacks:

A concise set of indicators are included below, a fuller list is available in the OTX Pulse.