About the time that Bitcoin was becoming a household name in the cryptocurrency business, an associated up-and-coming technology called blockchain was making waves and being hailed as the next big thing. Then it all but disappeared from the pages of the tech journals and websites.

In other words, the big splash never materialized.

Looking back, the problem was that it was so new and revolutionary that nobody knew what to do with it yet. Fast forward to 2020 and it looks like we might be getting closer to finally putting blockchain to work protecting all those smart doodads (like the refrigerator that warns you when your milk is out of date) and mobile devices in the face of increasing cyberattacks.

Here’s the funny thing. Though blockchain revolutionary technology is changing the way our financial system is structured, it’s not actually a good solution (yet, more on that later) to IoT privacy issues.

At this point in time, blockchain is good for IoT security but bad for privacy. To the layman, this statement might seem contradictory and that’s because the tech media does a rather poor job at explaining the difference between privacy and protection.

Protection for the Internet of Things

For anyone even remotely familiar with technology, the term Internet of Things (IoT) is a recognizable commodity. This describes the millions and soon to be billions of smart devices in addition to your mobile phone or laptop that are connected to the internet.

We’re talking about the aforementioned refrigerator, security systems, smart doorbells, remote access climate control, and many more. The problem that has arisen is that no one really planned for the IoT. It just happened.

The trend in the past few years has been to move IoT network data flow to the cloud and benefit from that environment’s greatly increased security. But at the same time, there remains the inherent limitation of so many internet capable devices built with a hodge-podge of operating systems and security capabilities. Device manufacturers eschewed any standards and did their own thing.

It wasn’t long before hackers realized that these devices offered a backdoor path (thanks to laughably easy to defeat security protocols) to attack any company or individual who installed a smart device on their network. Home networks, in particular, have been very easy targets for the bad guys.

To date, security experts typically recommend consumers install a virtual private network (VPN) on their router as protection against basic cyber security threats. While the encryption and IP address rerouting offered by a VPN makes it exponentially harder to crack your home network, there’s a trust problem with the average VPN.

While the majority of service providers are committed to the idea of absolute privacy of your personal data, the reality remains that your connection passes through their servers and you just have to take it on faith they aren’t collecting and selling it on the dark web. Plus a growing number of countries require VPN companies to retain certain customer data and cough it up upon an official demand.

But wait - what if there was a VPN that took trust out of the equation? Let’s end the suspense. There is. It’s called Orchid, and it’s built on blockchain technology. Now we’re getting somewhere. Let’s talk more about this newfangled security service named after a flower. 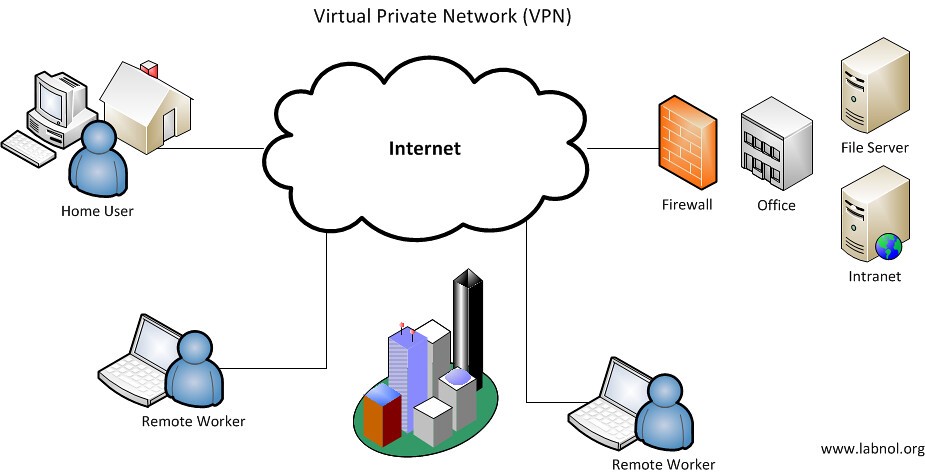 The typical at-home network is protected by a single VPN provider, of course. It makes no sense to have multiples because you can only use one at a time. At least that’s the way it’s always been. Enter blockchain, however, and take a look at a world where you purchase bandwidth on a pay-as-you-go basis and distribute your access over a variety of services.

Blockchain is characterized by decentralization, which means there is no central command center where all the servers sit and data passes through or is stored. Instead, your connection and data is dispersed to hundreds, maybe thousands of different nodes, making it completely anonymous, uncensorable, and more secure than most internet applications.

The big idea is that no single entity is able to see the entire landscape since only bits and pieces of your data flow through their servers. Though many of the best VPN services promise “no-logging” policies, such is not always the case. Orchid was launched on the Ethereum mainnet in December 2019 and has set itself on the path to try and invent - then dominate - a completely new concept in security which the company hopes will find its way to the majority of enterprise and consumer networks.

Orchid is still in the very early stages of development but it is one of the first blockchain-based solutions to venture outside of the cryptocurrency environment and may soon find itself part of the standard set of privacy tools and cybersecurity practices experts recommend to anyone who goes online.

There are kinks to work out. Primarily, how to avoid the speed issues that have typically plagued decentralized products like the Tor browser. Another problem needing a solution is how to completely anonymize crypto payments for the service and still be able to provide the level of privacy promised.

The trickiest part of marketing this new consumer security product is creating marketing materials that can communicate in simple terms exactly how it will benefit a consumer. This is fairly new stuff to anyone outside the tech development space and the average Joe or Jane Doe with a home network that needs protecting might be hesitant to dive headlong into not only a new product but a new product class.

Still, as the IoT expands and more people realize how weakly protected the average internet-ready device is, convincing them to try something new should get easier. Though tech gurus have been promising a blockchain revolution for so long that they are viewed as the “boys and girls who cried wolf,” having an actual product on the market and ready for home use indicates that maybe, finally, the time has finally arrived.