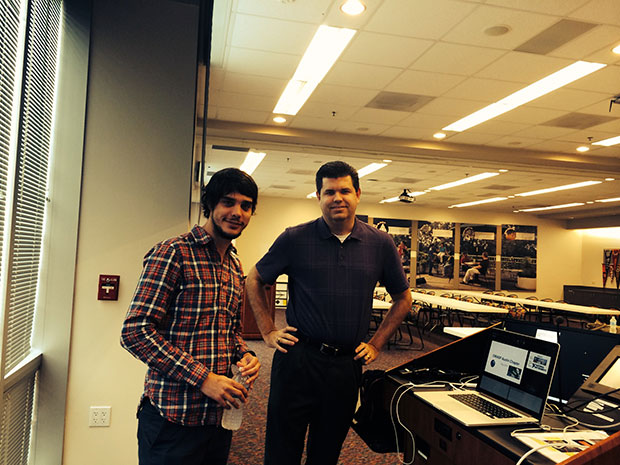 Jaime spoke at the Austin OWASP chapter meeting on 5/27. He is a security researcher with broad experience in network security and malware analysis. The last OWASP meeting Jaime presented at was in Barcelona sixyears ago, when he was doing penetration testing.

A video recording of the talk is here (move ahead 5:30 to skip the chapter topics and some awkward audio-visual problems.

Jaime mentioned some open source tools. They are here. He also mentioned and demo'd a specific crowd-sourced threat intelligence system, Open Threat Exchange (OTX) - you can learn more or join it here

Some interesting points that came up: