This past June, I attended the 2019 Bitcoin Conference in San Francisco, CA. With the various discussions on Bitcoin, Cryptocurrency, and with the chance to hang out with my favorite Crypto personalities, it was easy to lose myself in all the festivities.

While taking a break, I found a seat and decided to charge my iPhone.  The station by where I was seated was a wooden cube with two standard wall sockets and two USB ports. Other users took the wall sockets, but I knew that I could charge my phone via USB.

But before I did, I remembered on the trip up to San Francisco, one of my travel companions who was with a startup known as CoinCards passed out what they called a "USB data blocker” usb adaptor."

So, what is a USB data blocker? 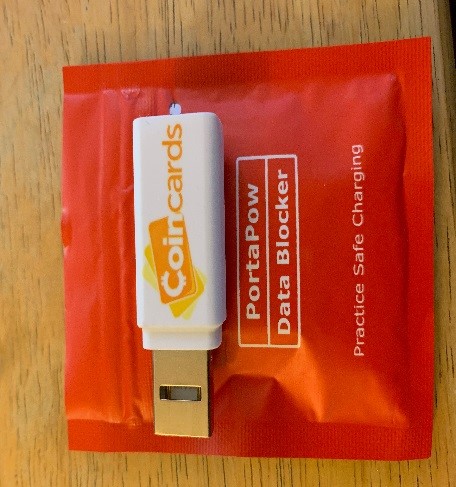 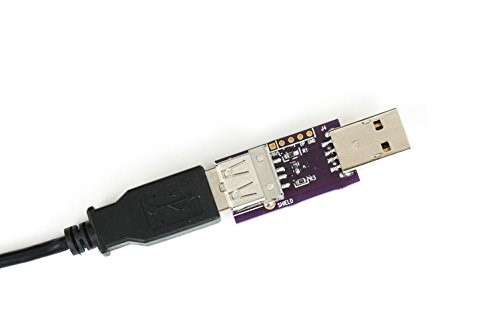 Chargers for modern cellphones, in my case an iPhone Lightning Charger, serve dual purposes. 1. The charge your phone and 2. They allow for the transfer of data.

Why is this important to understand?

So, take the charging cube from the conference. Consider that a hacker placed the cube with a device, say a Raspberry Pi and the USB ports that were visible from the outside where the USB ports for the PI or USB hub connected to the Pi.

Once my phone was plugged in, it could potentially expose me to whatever malware was on the Raspberry Pi. A USB data blocker

Cybersecurity is no longer a corporate issue; we have all become our own cybersecurity firm and responsible for protecting our data.

Anti-virus and firewalls can only protect us so much; we have to do our due diligence when it comes to our safety online. Consider the computer housed behind a firewall. There can be some expectation of safety inside of the firewall, especially one that is monitored and updated.

But that firewall will not make a difference if someone brings in an infected USB device and then plugs that device into one of the company's computers. I know this from experience.

A client was confident that their firewall would protect them from cyber threats to the point where they refused to purchase anti-virus for their computers. One day, an employee brought in a USB flash drive that they had used at home and plugged it into their work computer. Turns out a file on their home computer was infected with malware and they brought it into the office. It put data on the server so that others could access it and the malware was able to spread, including to the server.

But how does this fit into our discussion on USB data blockers?  If you take the phone aspect out of it, smart devices are computers. Smart devices access the internet, upload, and download and generally utilize USB to charge or sync data.

While iPhones are less likely to be the victim of malware than Android or Windows phones. We would be foolish to assume that a potential hacker could not use the lightning charger to send malicious software to the iPhone.

Apple has recently offered a bounty to anyone who can hack the iPhone OS; which means this topic has made the rounds at Apple as well.

Cyber awareness, training, and education are more critical now than ever. We can no longer assume because we have a particular type of device that we are automatically safe from harm.

Safe is not the world we live in anymore. About the Author: Jason Nelson

I write and produce content related to Blockchain Technology, Cyber Security, and Privacy. I have been in the IT field for nearly a decade working with Desktop Computers (Mac & PCs) and I have been in the Crypto/Blockchain space since 2016. I can be found online across social media @dragonwolftech or on my official site: cryptoinsightsjournal.com which also has a YouTube channel, Crypto Insights Journal.