Part of our blog series “How to prevent a WordPress site hack in 2019: lessons from a former hacker” 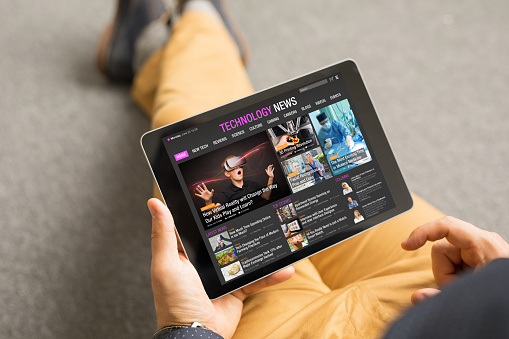 Hello all and welcome to the first episode of a new blog series focused on how to prevent WordPress site hacks.

In this first post of the series, I will provide videos and articles that will comprise a set of tutorials to show you the ins and outs of building a home lab that will give you the flexibility to test, hack, or learn just about anything in IT.

Personal or home labs can be very subjective because, I know people in the industry who have spent thousands of dollars building out personal labs with the latest hardware and software in the industry. I tend to take a bit more of a minimalist approach to building out my personal lab. Of course, if you work for a manufacturer of a certain technology and they provide you with that technology then there is really no excuse for not having a great lab around said tech.

How to build your home lab on a budget

What I am going to show you in this article will range in price from free to a few hundred dollars, which for most people is acceptable to spend on a personal lab. To perform the upcoming tutorials, you can use a couple of different configurations. The first is the all-in-one approach which entails simply virtualizing everything on a regular laptop or desktop PC based on MS Windows or Mac. I will include products for both that will work great.

The first lab I built to do this tutorial was for a Windows Machine and then I got my hands on a Mac to build out the lab. I will say that the Windows 10 OS has a lot more free utilities than OS X does however, OS X is built on Linux and therefore affords you some features that Windows does not, such as terminal sessions that work simply with other Linux servers. Windows has the capability to do some of this through MS PowerShell but I found it to be a bit more cumbersome to use and the other tools I used don’t really work easily with Windows or OS X.

WordPress on a virtual machine

I chose to use Kali Linux virtualized on both the Windows and Mac machines as it is honestly the most comprehensive penetration tool I have found on the internet, that is widely accepted without the fear of bringing tons of malware into my test environment that I don’t want. But more on that in another episode. Below are a list of apps and utilities I used to perform the testing tutorials I will be releasing in future episodes.

Industry-Defining Penetration Testing Courses and Certifications for Information Security Professionals. These are the security professionals that wrote Kali Linux and basically the book on Offensive Security as we know it today.

Once you visit these sites and download the appropriate versions of software installation, setup is pretty simple. I will cover that in the next article and video episode.

Now we come to the really fun stuff. You will see in upcoming videos that I will be using my home lab, which is a bit more substantial in set up, but allows me to do a lot more and test full networks for a number of things.

Let’s take a look all the ingredients for the home lab. I will admit I got pretty lucky to find of these devices for the price I got them for. It just takes a little time and a lot of shopping around but you can find good tech for a very good price to put into your lab that will allow you to create a diverse test environment.

When I decided to build out my home lab it was to create test bed for the USM Anywhere product. I wanted to do this because I work a lot of Proofs of Concept with end clients and there is always some odd-ball configuration or issue that arises during these POCs. I found that without a lab to work from some of these questions don’t get appropriately answered.

Let’s take a look at what is in the lab.

I started with Amazon and eBay. I found a number of pretty good deals on Amazon for servers and switches, however I really wanted to do this on the cheap as much as possible so I combed eBay and found exactly what I was looking for.

I then searched eBay for deals on switches. I had some specifics in mind for what I needed. I finally chose 2 HP 2610 24 port 10/100 managed switches with advanced Layer 2 capabilities so that I can set up vlans and monitor ports. I can also forward switch logs to the USM Anywhere sensor so that as I run the lab through a course of tests I can see activity from server logs, switch logs and firewall logs. Total cost for switching $37.95

For firewalling I am using a WatchGuard T35 Firebox with the entire UTM package. I picked this up about a year ago as a WatchGuard certified engineer I was able to purchase this model for $200, which included 3 years of the Advanced UTM package.

For Firewall Analytics I will be deploy WatchGuard Dimension, which basically takes in all the WatchGuard logs and creates detailed traffic and flow log views of all the traffic and connections within the firewall environment. This gives me a lot of insight into what effect different tests have on the network as a whole.

So, remember this mantra… It’s a LAB. It’s just a lab.

In the new home lab, I will be deploying the exact same setup as I have in my personal lab that resides on my Mac Book Pro. This ought to make for some interesting video and articles in the upcoming series. I hope you will check them out when they come out and I appreciate you taking this time to check out episode 1. There is more to come, soon. See you then.