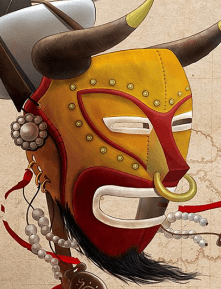 Last week, Kaspersky Lab released their research (Unveiling "Careto" - The Masked APT) on a fresh APT campaign, which is supposed to had been running for several years. The campaign has different pieces of malware designed for Windows and OSX systems, and also clues of components for Android and iOS devices.

The main targets of this campaign are thought to be government, diplomatic and research institutions, as well as private companies and activists.

For Kaspersky, what makes Careto (also known as "The Mask") special is the complexity of the samples, in addition to the complete set of spying and data stealing capabilities the malware has.

We have developed some Yara rules to detect the different components of the malware. We have spotted some Windows and OSX samples with this ruleset so far. 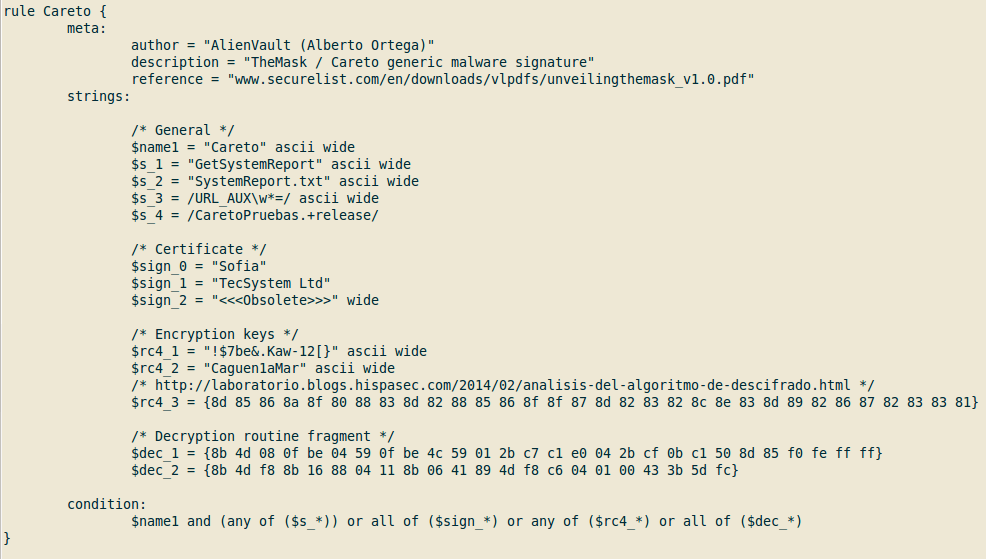 Find the complete ruleset in our GitHub repository, happy hunting!