The “Great Cannon” has been deployed again

The Great Cannon is a distributed denial of service tool (“DDoS”) that operates by injecting malicious Javascript into pages served from behind the Great Firewall. These scripts, potentially served to millions of users across the internet, hijack the users’ connections to make multiple requests against the targeted site. These requests consume all the resources of the targeted site, making it unavailable: 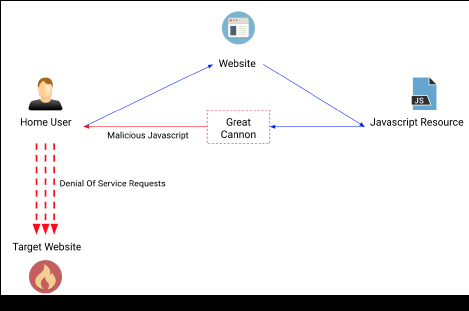 Figure 1: Simplified diagram of how the Great Cannon operates

The Great Cannon was the subject of intense research after it was used to disrupt access to the website Github.com in 2015. Little has been seen of the Great Cannon since 2015. However, we’ve recently observed new attacks, which are detailed below.

Most recent attacks against LIHKG

The Great Cannon is currently attempting to take the website LIHKG offline. LIHKG has been used to organize protests in Hong Kong. Using a simple script that uses data from UrlScan.io, we identified new attacks likely starting Monday November 25th, 2019.

Websites are indirectly serving a malicious javascript file from either:

Normally these URLs serve standard analytics tracking scripts. However, for a certain percentage of requests, the Great Cannon swaps these on the fly with malicious code:

The code attempts to repeatedly request the following resources, in order to overwhelm websites and prevent them from being accessible:

These may seem like an odd selection of websites and memes to target, however these meme images appear on the LIHKG forums so the traffic is likely intended to blend in with normal traffic. The URLs are appended to the LIHKG image proxy url (eg; https://na.cx/i/6hxp6x9.gif becomes  https://i.lih.kg/540/https://na.cx/i/6hxp6x9.gif?t=6009966493) which causes LIHKG to perform the bandwidth and computationally expensive task of taking a remote image, changing its size, then serving it to the user.

It is unlikely these sites will be seriously impacted. Partly due to LIHKG sitting behind an anti-DDoS service, and partly due to some bugs in the malicious Javascript code that we won’t discuss here.

Still, it is disturbing to see an attack tool with the potential power of the Great Cannon used more regularly, and again causing collateral damage to US based services.

These attacks would not be successful if the following resources were served over HTTPS instead of HTTP:

You may want to consider blocking these URLs when not sent over HTTPS.

Below we have described previous Great Cannon attacks, including previous attacks against LIHKG in September 2019.

During the 2015 attacks, DDoS scripts were sent in response to requests sent to a number of domains, for both Javascript and HTML pages served over HTTP from behind the Great Firewall.

A number of distinct stages and targets were identified: 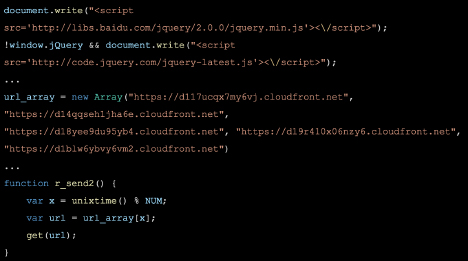 Figure 4: The URLs targeted in the attack against Github.com. 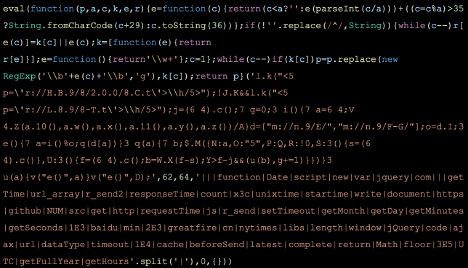 Figure 5: Snippet of the obfuscated code. Current attacks continue to use the same obfuscation.

Research by CitizenLab identified multiple likely points where the malicious code is injected. The Great Cannon operated probabilistically, injecting return packets to a certain percentage of requests for Javascript from certain IP addresses. As noted by commentators at the time, the same functionality could also be used to insert exploitation code to enable “Man-on-the-side” attacks to compromise key targets.

2017 and onward: attacks against Mingjingnews

In August 2017, Great Cannon attacks against a Chinese-language news website (Mingjingnews.com) were identified by a user on Stack Overflow. The code in the 2017 attack is significantly re-written and is largely unchanged in the attacks seen in 2019.

Figure 6: An excerpt of the code to target Mingjingnews.com in 2017.

We have continued to see attacks against Mingjingnews in the last year.

On August 31, 2019, the Great Cannon initiated an attack against a website (lihkg.com) used by members of the Hong Kong democracy movement to plan protests.

The Javascript code is very similar to the packer code used in the attacks against Mingjingnews observed in 2017 and onward, and the code was served from at least two locations:

Additional indicators and code samples are available in the Open Threat Exchange pulse.