It has been a while since we published information about Sykipot. The last time we blogged about it, we discovered a variant that was able to bypass two-factor authentication to access protected resources on the victim’s network.

This time it seems they are mainly using drive-by-download exploits like CVE-2011-0611 affecting Flash Player or the new Windows XML Core zero-day vulnerability.

The CVE-2012-1889 vulnerability is related to Google’s warnings on state-sponsored attacks.

Instead of attaching malicious files on e-mails, they send e-mails to the victims with a malicious link. Once the victim clicks on the link the malicious server tries to exploit a vulnerability on the user’s browser.

The modus operandi of the group behind these attacks seems to be the same as in the past. The attackers hack US based servers and then install software to serve the malicious content or to redirect the connections to a remote server.

The malware continues using SSL to communicate with the C&C server. Once executed, the malware tries to get a configuration file from a remote server. On the older versions they used an underlying encryption using the XOR key “19990817” for the config files. The XOR obfuscation has been removed and in the new versions a simple byte subtraction routine is used. 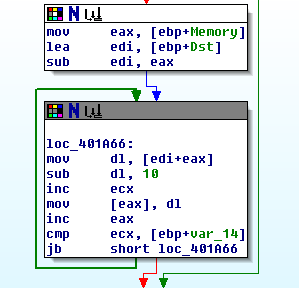 The configuration file is requested from a remote server using the following URL format:

They continue to use the hardcoded referer of ‘www.yahoo.com’  on the requests.

The new configuration format supports several commands and most of the previous names have changed. This is the list of supported instructions:

- EXITH - Deletes the malware from the system

- without param - Gets network info and startup time

- sleeph - Sleeps a number of seconds

Once the malware downloads the config file it executes every instructions, it saves the result and obfuscates the data using the subtraction routine. Finally it sends the result to the C&C server.

Some of the known Sykipot domains that are being used to serve malicious content or as C&C domains are:

Most of the domains have been registered during the last month and they have used the mail address jimgreen200088 [at] yahoo.com to register most of them.

The Netbox webserver used in previous campaigns is also present in most of the C&C servers .

Note the domain aeroconf13.org seems to be related with a spearphishing campaign against potential attendees of the IEEE Aerospace Conference (the International Conference for Aerospace Experts, Academics, Military Personnel, and Industry Leaders).