POS Security: What You Need To Know 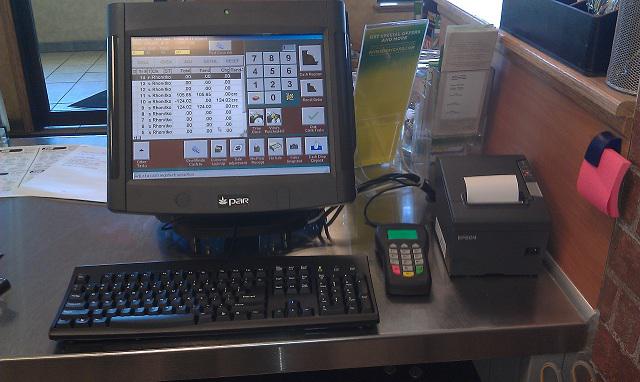 October 1, 2015 marked the deadline set by credit card issuers to shift liability for fraudulent activity from card issuers or payment processors to the party that is the least Europay-Mastercard-Visa (EMV) compliant during a fraudulent transaction. In order to be EMV-compliant, retail merchants should, at a minimum, be switching to EMV card readers that are capable of accepting chipped credit cards.

However, switching to the new EMV standard does not eliminate the danger of traditional security threats like Point of Sale (POS) malware. In addition, EMV itself might not make economic sense for all merchants. Check out this blog for some business perspective on why EMV chip-enabled credit card processing is taking so long to adopt in the US.

The new, chipped cards are definitely more difficult to counterfeit than traditional cards (though a recent case showed that this is not impossible [1,2]). However, since there is no requirement that new card readers encrypt card data before it reaches POS random access memory (RAM), it might still be possible for RAM scraping malware to extract account numbers and expiration dates even if merchants are using EMV card readers. These stolen account numbers can then be used by cybercriminals in card-not-present transactions (for example, e-commerce) or at locations that still use magnetic stripe readers (without CVV verification).

In general, tokenization prevents (or at least reduces the likelihood of) account numbers being stored in the RAM of POS terminals. Tokens can be single use, short-lived or long-lived. However, tokens that can be used multiple times (potentially) leave the door open for attacks against weak implementations where an attacker might discover a way to reuse tokens. In that case, it might still be possible for malware to scrape for tokens.

P2PE makes it a lot more difficult for malware to scrape account numbers. Systems that use P2PE typically encrypt payment details directly on the card-reading device so that this information is not accessible to even the POS terminals themselves. In order to compromise encrypted card data, attackers would need to compromise the actual card-reading hardware device. Since different vendors use different hardware devices, attacks on the hardware would only yield returns on a small subset of the POS market. With non-encrypted data, RAM scrapping malware can target a broad swath of POS systems; however, hardware-specific attacks require a large time investment and typically yield limited returns.

Despite the October 1st deadline and vendors starting to use tokenization and P2PE, a recent report [3] states that only 27% of merchants have upgraded to EMV card readers and only 60% of cardholders have received chipped cards. Even though there is movement toward more secure payment infrastructure, there is still a long way to go before even known POS malware is rendered ineffective.

In addition, POS malware has typically targeted Windows-based POS terminals. However, POS terminals based on Apple’s iOS and Google’s Android OS have been gaining market share. The security models on these mobile operating systems have, thus far, raised the bar high enough that widespread attacks against those POS systems have not yet occurred. However, this may just be a matter of time, so it is important that we understand how POS malware operates.

How does POS Malware Work?

Payment card data is most vulnerable when it is in memory as this is where it is least protected. This makes POS RAM scrapers very successful at stealing data. To keep data safe during transit, i.e. when it is passed between systems for processing a payment, it should be encrypted. If it is not, then attackers have yet another way capture/steal card data.

Attackers utilize one or more of the various attack methods to compromise POS systems and infect them with POS malware to target and capture specific card data and exfiltrate the data to another system, possibly a CnC.

While EMV and P2PE are both steps in the right direction, POS remains a target for an obvious reason: financial gain. We need to keep in mind that the POS terminal is a computer, subject to malware attacks like any other computer. Understanding the attack methods will hopefully help reduce the effectiveness of attempted exploits on retailer’s networks. In addition, payment data should not be stored at all. If credit card data needs to stored, it should be encrypted with symmetric encryption to ensure that it remains secure.

Eddie Lee is a seasoned security professional with expertise in a variety of areas including: application security, security tool development, and reverse engineering. He occasionally speaks at security conferences and has been a part of a two-time 1st place CTF team at DEFCON. At AlienVault, he is a Security Researcher working with the Labs team.