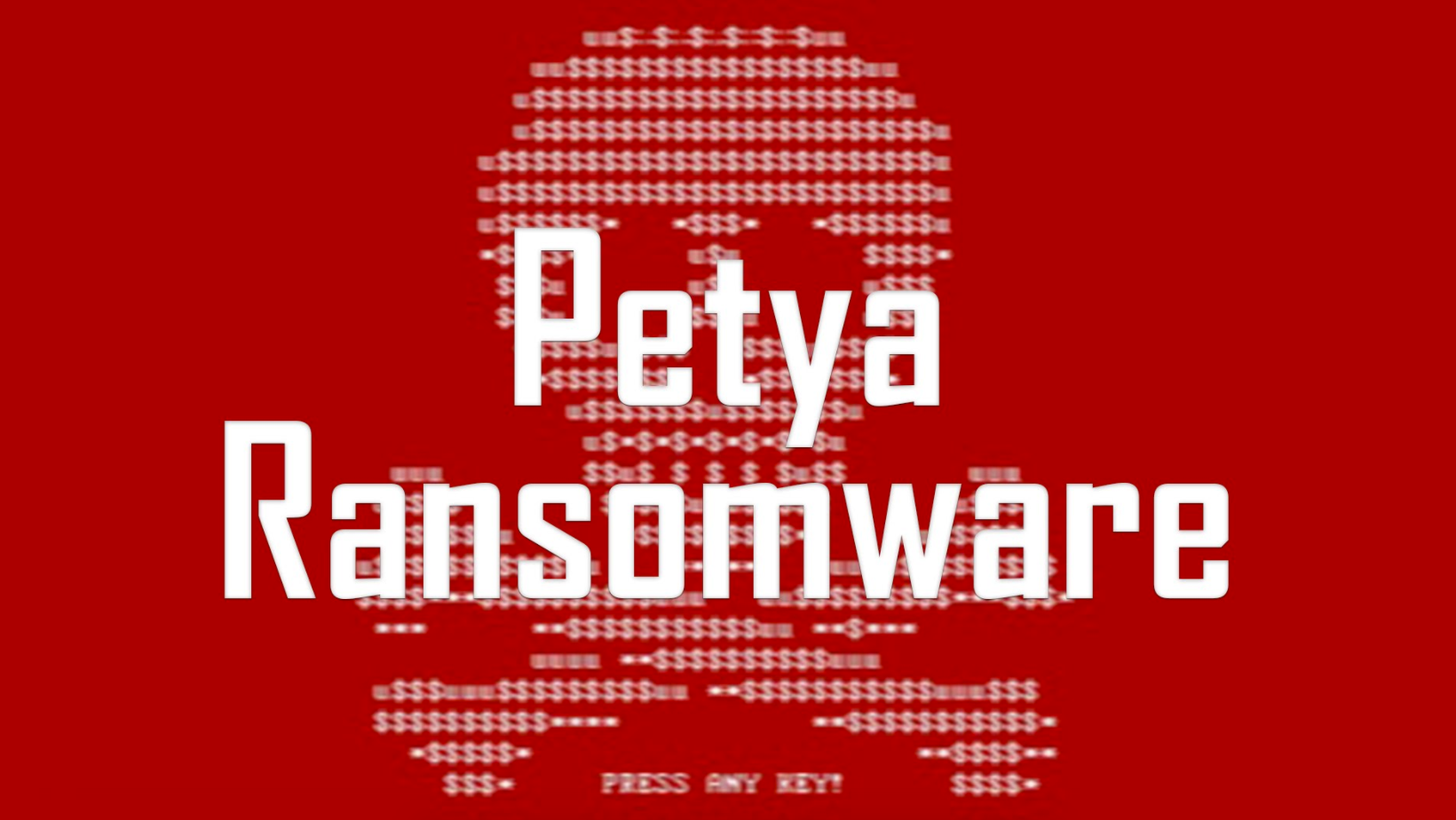 On June 27th the AlienVault Labs Team became aware of a new ransomware, a variant of the Petya malware, that is spreading rapidly and is known to have affected organizations in Russia and the Ukraine, and some other parts of Europe. A pulse detailing the Indicators of Compromise for this variant of Petya can be found in the AlienVault Open Threat Exchange (OTX) at https://otx.alienvault.com/pulse/59525e7a95270e240c055ead/.

Once it has compromised a system, the ransomware will:

What We Know About this Ransomware Campaign

What we know is that, like WannaCry, this variant of Petya affects Microsoft Windows computers and is technically a 'compute worm', meaning that it replicates itself in order to spread to other computers. In addition, the campaign does not rely on a user clicking on an attachment to infect the host, nor is it known to communicate with a Command & Control (C2 or C&C) server in order to get instructions.

What this variant of Petya is known to use to distribute itself to other systems are the PsExec service (PsExec is dropped as dllhost.dat by the ransomware) and WMI services. In addition, the ETERNALBLUE exploit toolkit (which was released by the Shadow Brokers group in April 2017 and used to such great success by WannaCry) is suspected to be a key part of the attack.

There are also reports that some organizations were infected through a software update for a Ukrainian tax accounting package called MeDoc, which given the locations of many of the attacked organizations and the below data from Kapersky is likely 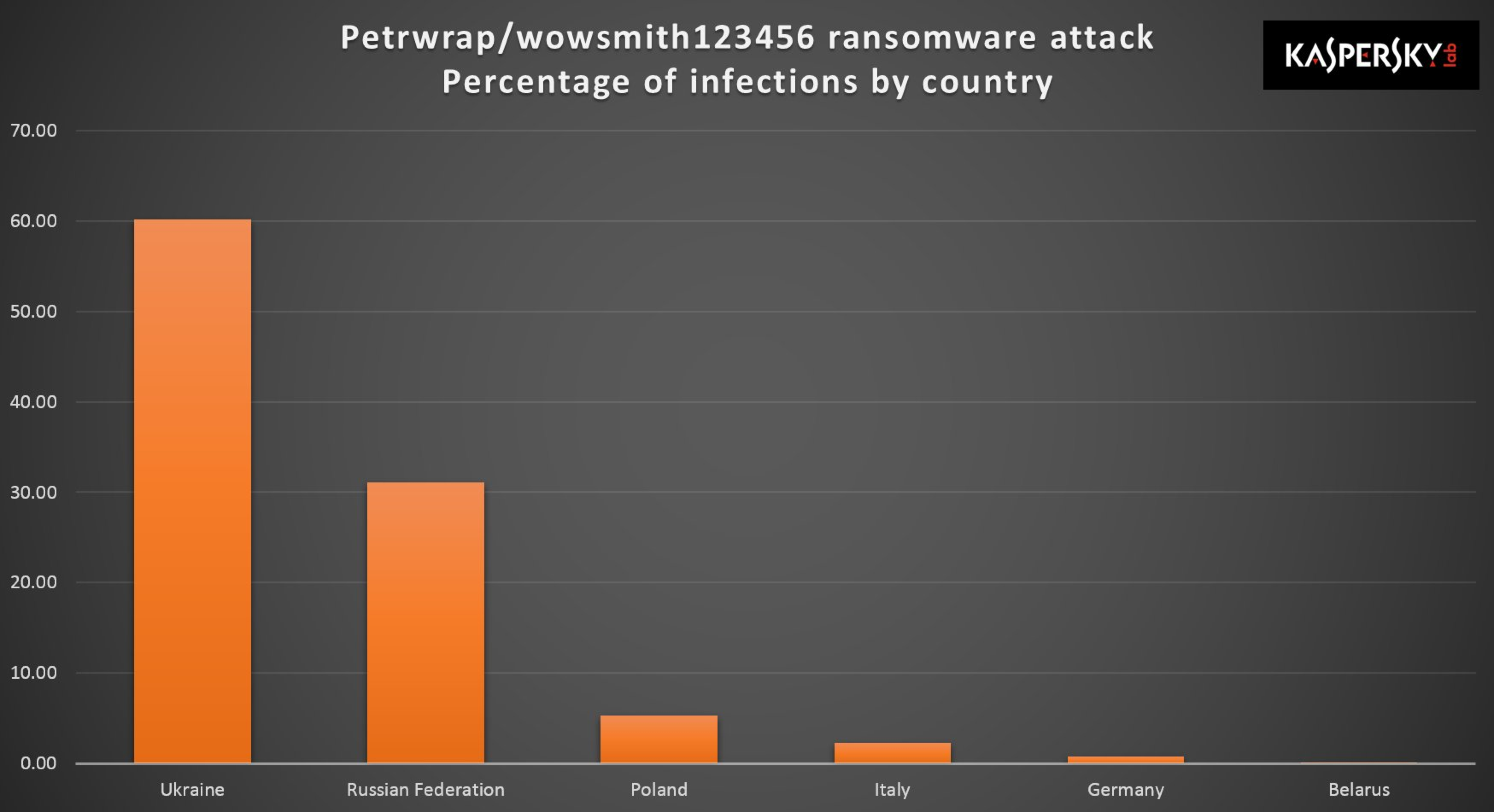 Once a system has been compromised, the ransomware takes the following steps:

Protecting Against this Variant of Petya Ransomware

There are some critical steps that you should follow to mitigate against an attack by this variant of Petya:

If you're an existing customer of AlienVault USM Anywhere or USM Appliance, Indicators of Compromise were reported in the AlienVault Open Threat Exchange (OTX) within an hour of the attack, and IDS signatures already within USM Anywhere and USM Appliance are able to detect and alarm on the ransomware and its different methods. USM can also help you identify critical vulnerabilities as well as detect if your organization is under attack by this ransomware variant. In addition, I wanted to highlight:

What to do if a system becomes compromised

The steps to mitigate any compromised system on your network is similar for most malware and ransomware threats.

To detect threats like ransomware, AlienVault USM unifies the power of asset discovery, vulnerability assessment, intrusion detection, behavioral monitoring, SIEM, and log management in one console, giving you complete security visibility of your on-premises and cloud infrastructure. This unified approach is the most effective way to combat advanced threats like ransomware, and gives you all the threat context you need to detect, investigate, and respond to an emerging threat—all in a single pane of glass.

This Thursday (June 29th @ 9AM CDT) we're hosting a special webcast on how to detect Petya variant with USM Anywhere. Reserve your spot, or watch a recording of the webcast HERE.