This is the last part of a 'How-To' effort to compile a list of tools (free and commercial) that can help IT administrators comply with what was formerly known as the "SANS Top 20 Security Controls". It is now known as the Center for Internet Security (CIS) Security Controls. A summary of the previous posts is here:

Section 18 is all policy and procedure. Other than documentation tools, which isn’t really the purpose of this blog, there are not many tools I could think of to enable you to meet these recommendations.

18-1 - Ensure that there are written incident response procedures that include a definition of personnel roles for handling incidents. The procedures should define the phases of incident handling.

18.3 - Define management personnel who will support the incident handling process by acting in key decision-making roles.

18-4 - Devise organization-wide standards for the time required for system administrators and other personnel to report anomalous events to the incident handling team, the mechanisms for such reporting, and the kind of information that should be included in the incident notification.

AUTHORS NOTE - I would advise against using the security@ email address, since many spammers know security@ is a common address in an organization.

18-6 - Publish information for all personnel, including employees and contractors, regarding reporting computer anomalies and incidents to the incident handling team. Such information should be included in routine employee awareness activities.

I have diagrammed how this would look. 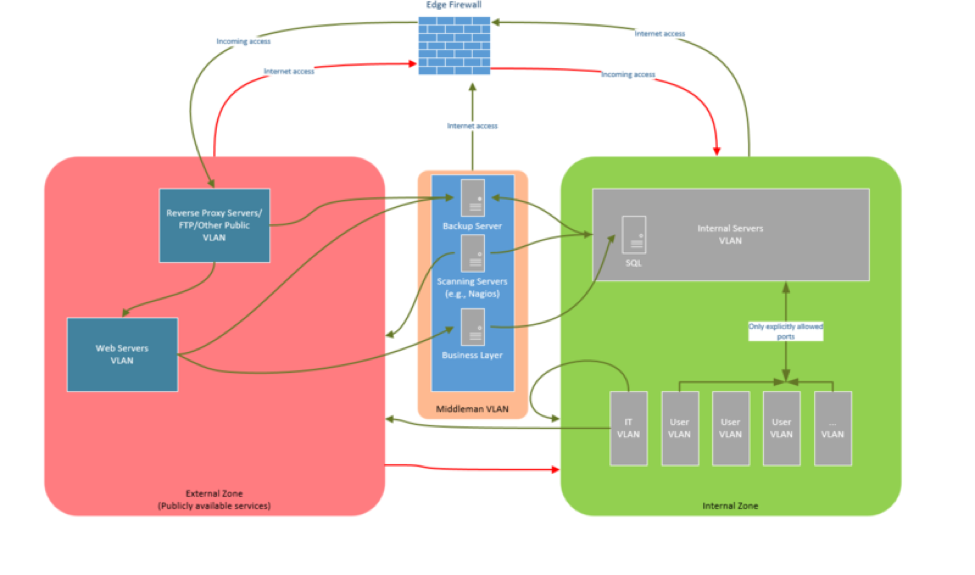 19-2 - To support rapid response and shunning of detected attacks, engineer the network architecture and its corresponding systems for rapid deployment of new access control lists, rules, signatures, blocks, blackholes, and other defensive measures.

This is referring to a system that enables the network admin to rapidly deploy ACLs (AAA) to network devices such as a Network Management System (NMS).

Not really a tool, but a way to securely centralize your DNS zones, called Shadow Master. 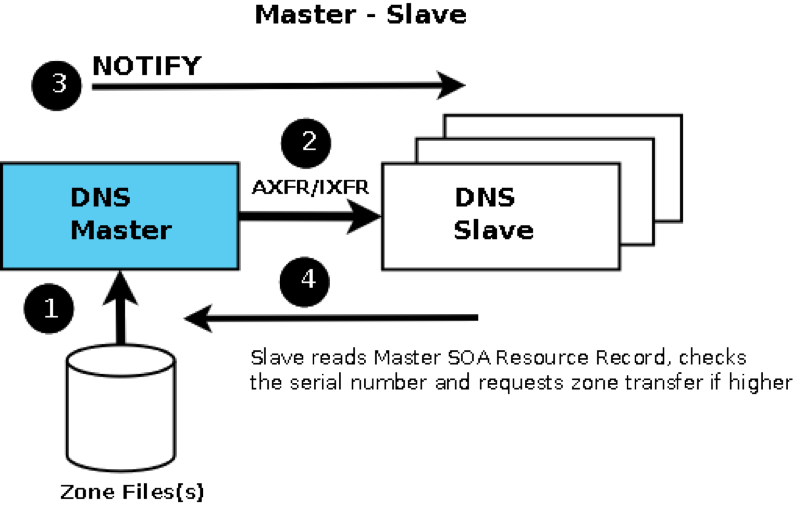 Essentially, all of your DNS servers (Internal and public facing) are getting the zone information from a single (or multiple in failover setting) DNS server that is not accessible by clients. In the case of Active Directory Domains, where all DCs are DNS servers, the primary DC is your shadow master. It is the master server for any non-AD integrated zone (public zones) and all of your public DNS servers receive their zones from this server. This way, if your public DNS servers are compromised, the zone records cannot be tampered with. Note: this can lead to a pivoting attack - in which case, the architecture described in section 19-1 may help.

For example, not only workstations on one VLAN and servers on another, but a configuration where each department is on their own VLAN. Database servers and other extremely sensitive systems should be separate on their own VLAN.

20-1 - Conduct regular external and internal penetration tests to identify vulnerabilities and attack vectors that can be used to exploit enterprise systems successfully. Penetration testing should occur from outside the network perimeter (i.e., the Internet or wireless frequencies around an organization) as well as from within its boundaries (i.e., on the internal network) to simulate both outsider and insider attacks.

This is much more than just vulnerability scanning using Nessus or OpenVAS. This includes attempting to exploit the vulnerabilities found by these systems. I could write an entire book on this one little section alone, so instead, I will point to some common all-in-one tools, and let you read the books already published!

20-2 - Any user or system accounts used to perform penetration testing, should be controlled and monitored to make sure they are only being used for legitimate purposes, and are removed or restored to normal function after testing is over. ﻿

This is just common sense.

20-3 - Perform periodic Red Team exercises to test organizational readiness to identify and stop attacks or to respond quickly and effectively.

20-4 - Include tests for the presence of unprotected system information and artifacts that would be useful to attackers, including network diagrams, configuration files, older penetration test reports, e-mails or documents containing passwords or other information critical to system operation.

This is more procedure than tools.

Again, libraries are written on this topic. I could list tools here, but it would be a million lines long, and still people would be offended because I left off some obscure DNS fuzzer that they enjoy using... HOWEVER, there is one tool I can absolutely recommend...

20-7 - Devise a scoring method for determining the results of Red Team exercises so that results can be compared over time.

20-8 - Create a test bed that mimics a production environment for specific penetration tests and Red Team attacks against elements that are not typically tested in production, such as attacks against supervisory control and data acquisition and other control systems. ﻿

Because, you know...having your Red Team take down your main website in the middle of the day is never a good thing.