AT&T Cybersecurity had a big presence at Infosecurity Europe 2019 in London, June 4-6. Our theme was unifying security management with people, process and technologies. While the industry is generally moving in the right direction, IT teams still struggle with being overwhelmed on the technology side, not knowing where to begin on the process side, and finding (or being able to afford) people with the right security skill sets.

In addition, network infrastructure managers tend to be disconnected from the CISOs even though they both might sit under the CIO. This leads to security often being an afterthought with new technology initiatives, rather than a core requirement. As Marcus Bragg, VP Sales & Marketing at AT&T Cybersecurity said in the booth, "it's like buying a new car without an airbag and asking the manufacturer to put one in months later." It's the difference between catching issues at the planning stage versus having to remediate them later, possibly after an attack has occurred.

Our team at the InfoSec conference enjoyed engaging with our visitors and exploring ways that AT&T Cybersecurity can help them solve their security challenges.

Here’s a picture of the AT&T Cybersecurity booth: 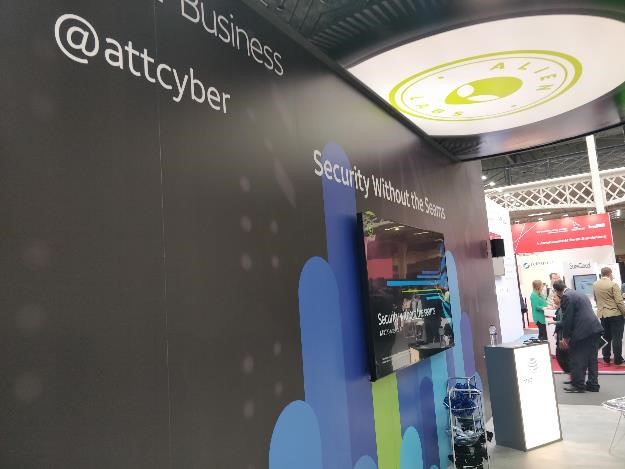 And, Chris Doman from our Alien Labs security research team gave a talk about threat-sharing and resilience to a packed house. 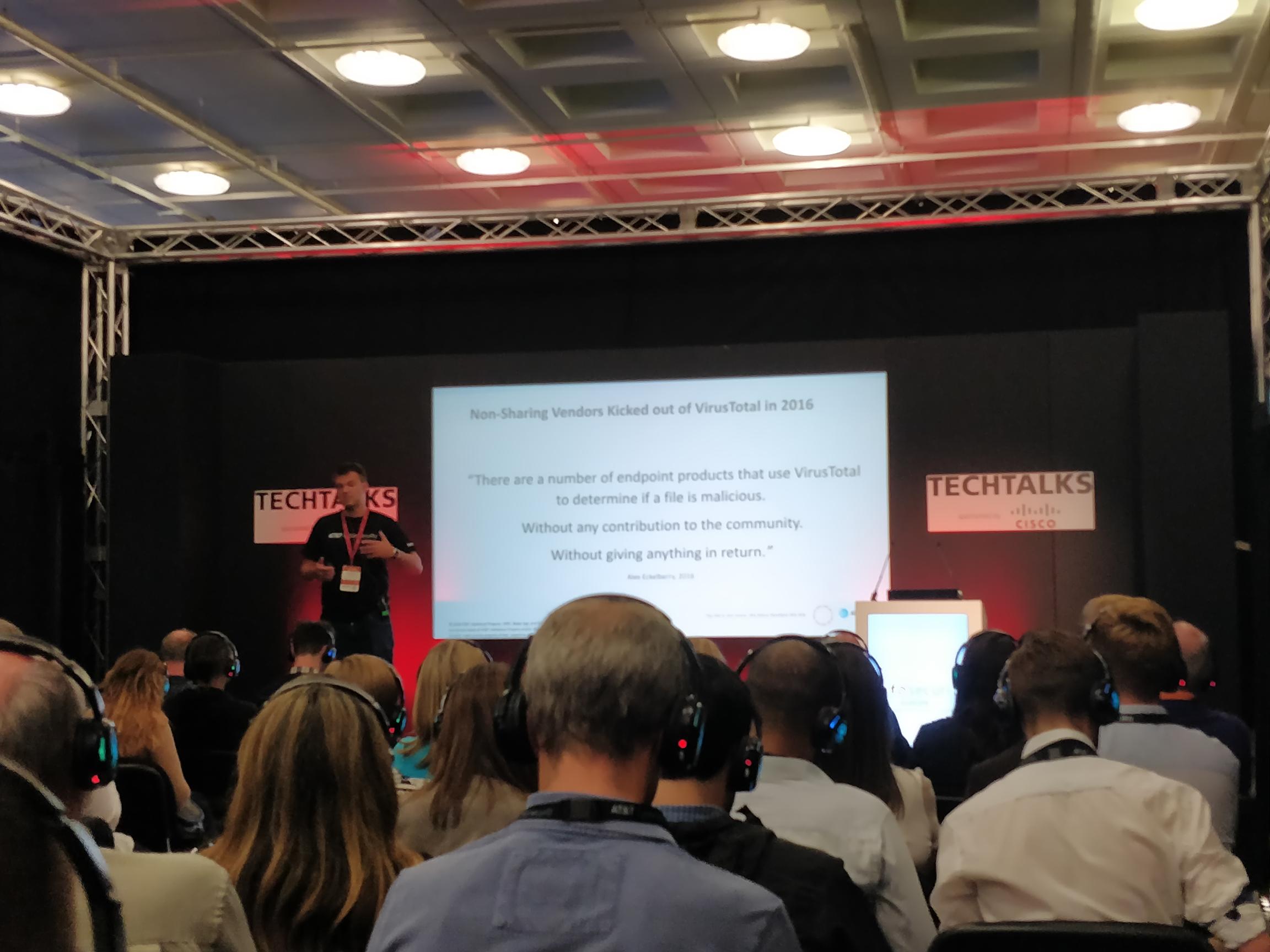 Other notable observations in terms of industry trends from Infosecurity 2019: