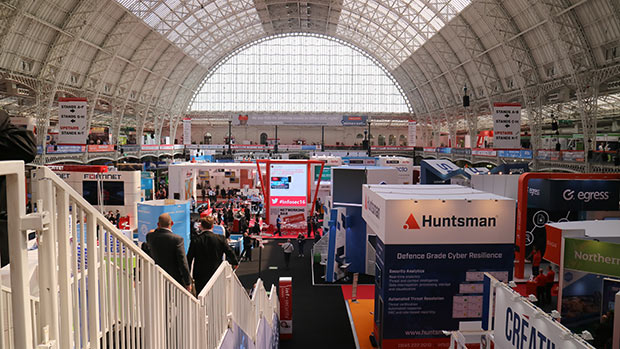 Another year and another Info Security Europe is in the books. In typical English manner, the weather remained unpredictable. It started with a hot summers day, followed by brief but heavy downpours that resulted in Olympia resembling a sauna that had been turned all the way up to eleven.

But this didn’t dissuade the 15k+ attendees from descending upon the venue to participate in a very engaging three days as evidenced by the constant stream of visitors to the AlienVault booth. 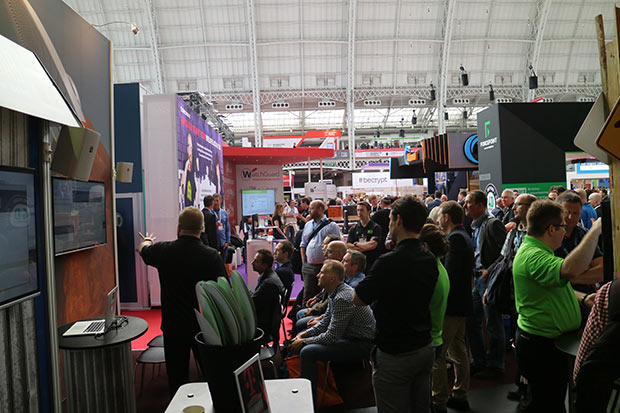 The Theme, (or lack thereof)

In previous years at any security conference, it has often been possible to pick up on certain themes. Some years it’s about cloud security, other years it’s big data analytics.

However, this year, there was a lack of a distinct theme that could be picked up from the marketing banners. This is probably a good thing. Rather than running after marketing buzzwords, it looks like many vendors are genuinely trying to focus on putting their best foot forward and articulating their strengths.

Could a lack of common theme be signs of a maturing industry? To some degree or another, I do believe this to be the case.

As attackers and attacks become more democratised, the maturity is something that has been forced upon the industry. A unified approach to combat threats is essential, as Raj Samani, CTO of Intel Security said in his keynote, “Unless we collaborate as an industry, the bad guys will continue to make hundred of billions of pounds, euros, whatever, from us.”

On the AlienVault stand, we had many interesting and in-depth conversations. One of the major talking points at the stand, and indeed across the show, was preparing for the General Data Protection Regulation (GDPR), a new European regulation that has far-reaching implications for companies to strengthen data protection for individuals within the EU and control on exporting it.

During the week, SC Magazine held its 2016 European awards in which AlienVault won the excellence award for best SIEM Solution. A happy moment for the whole team and everyone involved. 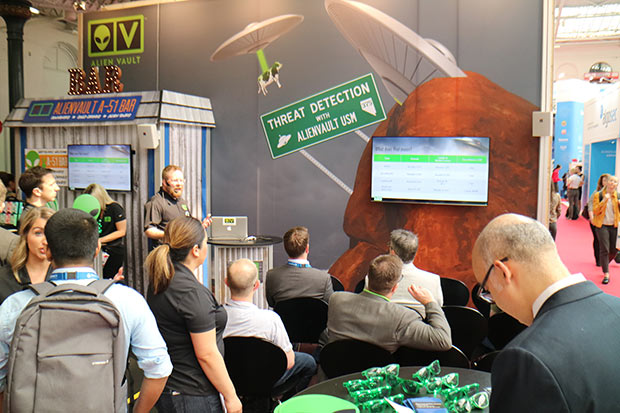 No Infosec week would be complete without mention of BSides London which continues to grow year over year. Unfortunately, I was not able to make the whole day; in fact, I may have been the last person to pick up my badge.

Despite not making it to BSides in a timely manner, I did hear from all accounts that it was a brilliant event as always with some great talks. I do hope they were recorded!