Tracking down the author of the PlugX RAT

Some days ago, TrendMicro published some information about a new version of a RAT called PlugX. From the last few months we have been tracking a group using the PlugX RAT that has been attacking different targets especially in Japan, Taiwan, Korea and against Tibetan organizations and individuals.

In this post we will focus on the intelligence we have extracted from the payloads of the attacks and how we used this information to track the author of the RAT that is very likely to be involved in the attacks as well.

During the past few months we have seen some spearphishing campaigns against Tibetan targets using mainly Microsoft Office Exploits (CVE-2012-0158). Those documents used a very tricky technique; the payload dropped was a benign Nvidia executable (NvSmart.exe), a DLL (NvSmartMax.dll) and a binary file (boot.ldr) This technique was explained by Symantec as well.

As we can see the binary file is signed by Nvidia since it is a benign file used on some Nvidia applications. Once NvSmart.exe is executed, it loads NvSmartMax.dll. The attackers drop a modified version of NvSmartMax.dll which executes the binary content present on boot.ldr that contains the actual malicious code.

Since NvSmart.exe is configured to run when the computer starts and it contains a valid digital signature, it will bypass some of the OS restrictions and the malicious code will be executed when the system boots.

Once the payload is executed, a decoy file is shown to the user as in most of the attacks we have seen in the past few years.

Here is an example of some of the decoy content used by the attackers: 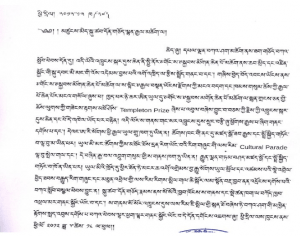 It happens that in most of the boot.ldr files we have found the RAT called PlugX.

At the beginning of our investigations some months ago, we found out that in some of the PlugX binaries we were able to extract some debug paths like:

It seems that there are several versions of the RAT and if you take a look at the binaries you will realize that there are some changes and new capabilities in each version.

We searched through our collection to see if we could find other XPlug samples apart from the ones dropped by the malicious documents we had. We found some other samples:

As we can see the debug paths found on those files are a bit more interesting since the path contains a username “whg”. We have two different paths, “C:Documents and Settingswhg” and  “C:Userswhg” so it is likely that in the first case the author is using a Windows XP system and in the second one he is using a Vista/7 system.

The debug paths that we found in files that belong to a different SockMon version are the following ones:

Does this all look familiar to you?. It seems that the user “whg” has compiled these components and he is also running a couple of machines with different paths that correspond to the ones we found on the XPlug RAT.

If we take a look at cnasm.com we can find the following contact information:

So the mail address also coincide with the username we found in the debug path of the RAT samples.

Let’s see what we find about whg0001 at 163.com. The mail address was used as the administrative contact of the domain chinansl.com back in 2000:

More information about the company, overview: 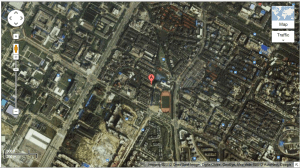 From the information we collected it seems to be a Chinese company related to the security industry. Of course!

And of course we found similar debug paths on the file:

You can find some advisories that Chinansl published back to 2000:

About whg0001 we can find several references on the Internet about him.

They describe him as “Virus expert. Proficient in assembly.”.

And finally here is the CSDN profile where you can find a photo of him: 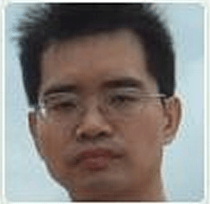 At this point you must be thinking we cannot accuse whg of being related to the XPlug RAT and the targeted campaigns just for a couple of debug paths inside the binary, can we?

Ok, here is the final touch. After searching for more versions of the PlugX RAT we found these two samples:

They contains this debug path:

and the following URL:

that seems to be used as a test or to check connectivity (more info in future posts).

Surprisingly when you open the URL you can see the following: 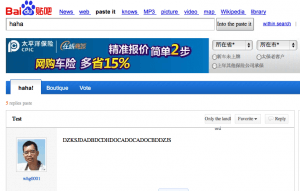 is this guy familiar to you?

With the information we have, we can say that this guy is behind the active development of the PlugX RAT. We can also say he has probably some inside of the operations since this path

“d:workplug4.0(nvsmart)shellcodeshellcodeXPlug.h” tells us that he knew the RAT was going to be weaponized through the Nvsmart technique to be used in the spearphishing campaigns.

According to the information on this research http://www.commandfive.com/papers/C5_APT_SKHack.pdf a previous version of this malware also called Thoper/Tvt/Sogu was used to compromise SK Communications in South Korea back in 2011.